The media is rife with examples of

The media is rife with examples of celebrities, sports stars, public and corporate leaders demonstrating a “lowering of the bar” for conduct, fueling cynicism and making many of us wonder whether a worthy role model is to be found these days. But every now and then the world is treated to something extra special that transcends its own context or genre; something that captures our attention and re-calibrates our expectations of personal and profe 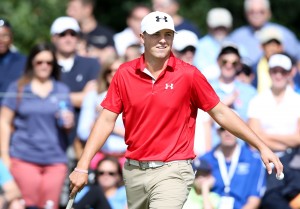 ssional behavior. Right now we are enjoying the emergence of this rare phenomenon in professional golfer, Jordan Spieth.

Jordan began to attract the attention of golf fans at the tender age of 14, even appearing in a (now famous) video sharing his desire to some day win the Masters Championship. As a two-time winner of the United States Junior Amateur Championship (2009, 2011), and an anchor of the 2012 University of Texas Longhorns NCAA Championship team, he continued to demonstrate his potential for greatness, turning pro in 2012 at age 19.

Having notched his first PGA Tour win at the 2013 John Deere Classic, Spieth became the first teenager to win a Tour event in 82 years. But the magic of his skill and character began to draw worldwide attention in late 2014 as Jordan won the Australian Open with an 8 under par final round and a 6 shot victory, followed by a 10 shot win at Tiger Woods’ Hero World Challenge in December. In early March of 2015, Spieth won again – this time the Valspar Championship on the Copperhead Course at Innisbrook in extra holes. He then realized his dream of winning the Masters Championship in April, as the second youngest winner of this prestigious championship in history.

During this 79th playing of the Masters, the golf world seemed to light up with renewed excitement and energy reminiscent of Tiger’s dominant years, as the now 21 year old Spieth played with a calm demeanor and maturity far beyond his years, setting or matching many performance records. His interactions with his caddie and other players, thoughtful and intelligent comments in interviews, and the depth of his respect for the history of the game drew rave remarks and praise, spilling over from the golf world to main stream media. Grace under pressure, adjusting to and managing adversity, and maintaining focus under incredible competitive fire power and the fragile state of proximity to realizing a dream that could be dashed by a single errant shot; what a show!

June brought us the United States Open, the second Major championship of the year on the links style Chambers Bay Golf Course in Washington state. Conditions at Chambers Bay were challenging and a bit controversial, but Spieth again demonstrated poise, focus, and skill without complaint, outlasting Dustin Johnson on the final hole to become the youngest winner of the U.S. Open since Bobby Jones in 1923. In picking up the second Major of the season, Jordan joined the likes of Jack Nicklaus, Tiger Woods, Ben Hogan, Sam Snead, and Craig Wood as the only men to win both of these tournaments in the same year.

The stage was now set and the chatter at full volume about a possible single year Grand Slam run (winning all four Major championships in one year) raising the hype, excitement, expectations of, and certainly the pressur 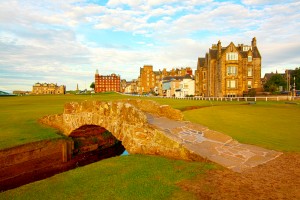 Now the number 2 professional golfer in the world, Spieth played The Open Championship under extreme pressure that only seemed to affect fans, commentators, and other players. In the end, he finished one shot short of a playoff for the third Major of the year, but he won more hearts and minds, and the respect of the sporting world handling the loss with grace and true sportsmanship.

So, time will tell how far this remarkable young man will go; how deeply he will rewrite the history books. The fourth and final Major of the year, the PGA Championship is coming next week. A win at Whistling Straits would make Spieth one of only three players in history to hold 3 Majors in a season, along with Woods and Hogan. We can’t wait to watch!

So, why, you might ask, are we writing about a professional golfer in this forum at all? Simple, really; the example set by Jordan Spieth, especially given his age, inspired us. His commitment to excellence, pursuing success within a highly competitive landscape with dignity, courtesy, and good sportsmanship. These behaviors should be fundamental qualities of all companies, and the reminder comes to us wrapped in the meteoric rise of this amazing young man. A true role model for our times.

From the SavvyCard you can: